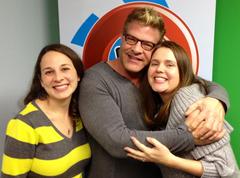 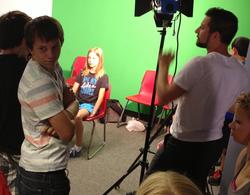 Elizabeth Karsell Horne, Owner & Artistic Director
Elizabeth has taught performing arts at Macy Gray Music Academy and Silverlake Conservatory in Los Angeles, as well as at her own studio just outside New York City. Elizabeth’s performing background includes leads in over 25 plays and musicals, with title roles in Cinderella and Gypsy, and over twenty films including Waking Up in Reno with Billy Bob Thornton, and a turn as Judy Garland in Warner Brothers' James Dean starring James Franco. She holds a degree in Communications and Music from DePauw University. Elizabeth loves to help young actors gain the skills and confidence they need to get where they want to go.

Now a creator/producer of projects ranging from music to novels to films, Troy's career began as a performer. He has starred on Broadway in the musical RENT, appeared on Starsearch, and toured the world with his band. His original musical compositions and soulful baritone voice can be heard on soundtracks for numerous TV shows and films, as well as advertisements for everything from Gillette to Pilsbury. In addition to creating and producing, Troy now enjoys spending time helping up-and-coming performers reach theirs.

Emily Scrofani Bice, Head Acting Instructor
Emily is a wonderful acting coach who has worked as an actor in television, theatre, and film. Before moving to Colorado with her husband, Emily worked for years in Los Angeles as an actor, and taught acting at the Santa Clarita School of Performing Arts. An avid reader, Emily likes the story-telling aspect of acting. When she's not teaching acting, stage managing, or directing, she's entertaining her two preschoolers!

Colorado School of Acting is a stringent yet nurturing environment wherein acting students can build skills along with confidence, self-awareness, and the ability to focus and perform in a variety of circumstances.

With caring instructors who are seasoned experts, students thrive in our small-group environment where individual strengths are celebrated and developed. Want to get involved?  Try a Workshop!!